Daewook Kim is a 10-year professional and former K리그(K LEAGUE) and Auckland City Football Club player. His footballing adventure started when he was at a very young age. Kim grew up in Pohang, in eastern South Korea. It was not a very populous city however it is one of the largest footballing cities in Korea. His passion and love for football run deep as his early memories include playing Football and going to the local stadium to watch games. Watching these games week in and week out left him in awe as he was inspired by these professionals to pursue a footballing career. He ended up playing professional 6 years in Korea and 4 years in Auckland. During these times, the lifestyle he experienced between the two countries were very contrasting due to culture.

When Kim first arrived in New Zealand he struggled with the language barrier. Before landing, he had not spoken a word of English before so learning the language and having to utilize in an intensive environment was intimidating. However, he applied his work ethic towards it and was able to be successful in communicating and using the English language daily. Not only did he struggle with the language but he also learned to stay patient and always never stop working no matter the circumstance!

As Kim got to New Zealand, he was also involved in the club scene as well. During that time he also noticed how it was difficult for the Asian youth to get involved in the sport. Hence, he created a Footballing Academy (Kelite NZ) for the youth to play and enjoy football. He wants to use his learnings from Football throughout the years to spread down to the younger generation and inspire those to get involved and pursue their dreams! 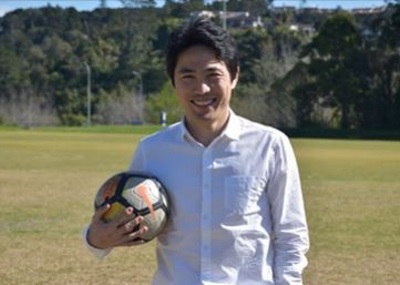