June Volunteer of the Month 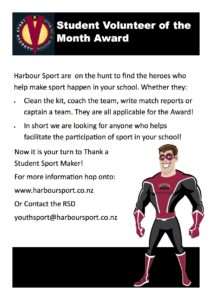 For June’s Volunteer of the Month award we have not one but two winners!

The first of these is Julia Rudolph-Karena. This super volunteer has been offering her time in a variety of sports including Netball, Basketball and Touch for a number of years. She was an Auckland Rugby League committee member for 9 years and currently spends the majority of her weekends ensuring that the sports she is involved with run smoothly.

During the summer she sat on the Touch North Harbour committee, where she was Tour Manager for the juniors and seniors, as well as helping out each Thursday with the Intermediate Touch Competitions.

Julia manages to do all this on top of running a very busy household. All the hard work she puts in is verified in the statement provided in her nomination.

“Encouraging kids off all ages to become involved in sports of many different codes. Keeping the sidelines safe for Rugby League and promoting educational Football for U6 to U12. She enjoys sharing her knowledge and passion for sports like Basketball, Netball and Touch and creating a positive team environment :)”

Julia is an excellent example of the influence one person can have across so many different sports in the North Harbour region.  Her hard work across a variety of sports has n 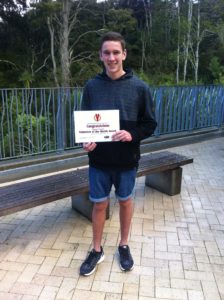 Our second winner for June’s Volunteer of the Month is Samantha Kooiman. This month’s second super volunteer has been volunteering for 8 years as a Netball coach. At 23 years old, she started coaching at the young age of only 15!  Recently she turned up to help at Hobsonville Point trials as a selector and ended up coaching as they didn’t have a coach. This is a prime example of the helpful nature and positive attitude Samantha has. She is always willing to go the extra mile to ensure everybody has the opportunity to play Netball.  She has also spent the past 5 years coaching Murrays Bay Yr 8/1 which demonstrates her commitment to the sport. She is passionate about the game and spends at least 2 weeks of her holidays every year coaching at either Aimes or other national tournaments. All of her hard work was acknowledged in her nomination,

“Sam is a young coach (23yrs old) who absolutely loves the game, she readily gives up her time to help out and will often end up coaching teams as no-one else will step up to do them. Putting it simply she is driven by love of the game and enjoyment out of working with the girls she coaches.”

Samantha is an inspiration to many young coaches, she has been described as “oozing commitment”. It is an incredible feat to have accumulated over 8 years of volunteering by the age of 23, a feat which has not gone unnoticed, thank you Samantha.

You can make a difference by recognizing volunteers like Julia and Samantha by simply answering a short questionnaire which can be found at: http://www.surveymonkey.com/s/volunteerofthemonth